Merry Christmas Eve! I know I was MIA last week but we all know how life can be sometimes, but I’m back with my opinion on what music was really worth our time over the past year. I’m going, to be honest, I didn’t listen to everything because the music industry is oversaturated and streaming has made music come out too rapidly and often without care (also my opinion) but here we go!

So these are albums that I think totally nailed it this year, works of art if you will.

I know, if you know to follow me on Twitter I was completely confused as to why this was nominated for Album of the Year, however, this album is excellent in my opinion for multiple reasons: first it knew it’s target demographic, second, the production is so much fun and the (probably) ghostwritten bars are fantastic, and last it is full of hits that stick like grits I mean it has two number one singles for a reason.

Okay I admit, I may be a little bit biased because I am a card-carrying member of the Beyhive but this album is really, really great. The production, the songs themselves, the Beyonce of it all. Also, Apesh*t live is a masterpiece, Black Effect is one of my favorite things to come out of 2018, and Blue Ivy makes a guest appearance to shout her younger siblings, we stan.

Rico Nasty is THAT GIRL do you hear me? This entire debut album is perfection. It’s fun, it’s intense, it has replay value, and I can listen to it in the car and turn up. If you haven’t listened to Rico yet I’m telling you right now to get hip with this album.

The Kids are Alright 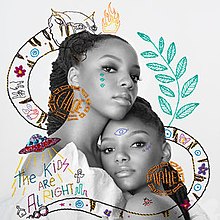 Another debut album for the books. I will even admit that I am rooting for them to beat out Bey and Jay for the Grammy. The album was almost completely produced by a then-17-year-old Halle and the vocal agility and vulnerability shown on every single track is truly a feat. I am obsessed, it’s clear that this duo is coming for necks.

Yes, we have all been singing thank u, next but have you listened to this masterpiece of an album? It’s fun, it’s vulnerable and it is probably the best pop album released this year. From the lead single No Tears Left to Cry to the mental health anthem that it Get Well Soon, Ariana put her foot into this album and it carrying her genre on her back at this point.

This IS Album of the Year, if this loses we riot honestly. A film, a store of LGBTQ womanhood, and full of hits, Janelle Monae reminded us that she is the epitome of a multi-faceted star. This album is a fun listen from beginning to end.

These are albums that I found cute but weren’t up to par with the songs listed above. Still good an enjoyable but definitely not the best or even the best the artists included can do.

Okay, Barbz, don’t be mad at me but Nicki can do better. The album was just not as great as I expected. There are some standouts like Good Form but overall this seemed like a meh return album after a four-year hiatus. 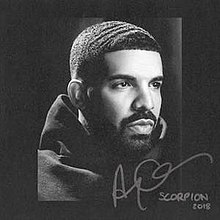 Listen, Drake fans this is not it. It is in the meh category because Views was a travesty and this is a much better effort from such a talented artist. Like Queen, this album definitely has some great moments like Mob Ties but clearly, Drake needs to have his ghostwriters shadow Cardi B’s ghostwriters.

Wow, you all are going to be upset with me with this one but hear me out. J Cole is immensely talented but his energy is so inconsistent which is why people think he is boring.

Summer Walker’s Last Day of Summer is a work of art I love her and I thought this was good. However, 1-minute songs are not going to cut it which is why I am going to have to give this one a meh. I still recommend you should go listen but next time I’m going to need longer songs.

This section is self-explainable, I didn’t like what happened on any of these albums honestly.

This album is what happens when mainstream attention makes you complacent. It is not good, it is not, you could argue with me on this but I wish they would have released two or three singles and left the rest of this alone.

Ew, that’s all I can say about this. No one asked for Usher to collaborate with Zaytoven and sing Chris Brown songs at his big age. I just, that is all I have to say.

Listen, I love A$AP Rocky but this was not it. I hope he can come back with something better because it just wasn’t it.

A mess, a disaster, the world called him the Beyonce of Migos but I am here to tell you this was a Farrah level effort. I expected better and I am thoroughly disappointed.

I was rooting for Tinashe to have a win but she gave herself another L. It’s like she doesn’t have a voice or anything to say and there’s nothing cohesive about her. Hopefully, her next effort is more successful.

What do you think of my picks? What were your favorites and least favorites? Let me know in the comments!

When dinner and a movie are just not enough

Is your roomie your bestie?

Hey guys, I don’t think I’ve done a natural hair update since my lazy girl’s guide shared last summer, so I figured I would […]

Books and reading have always been a huge part of my life, even before movies and television shows. Books have given me […]