This past week I headed to New York City for the annual Emma Bowen Foundation Conference. I’ve been an EBF Fellow since last summer but this year was my first year heading to the conference.

I left around 11 am that Monday morning. The flight was smooth and when I landed I caught the shuttle to NYU’s Founder’s Hall. I was on that shuttle for a good two hours and when I got to the dorm I had to check in, throw my stuff down and head over to check into the conference itself and go the mixer. I ran into a bunch of Howard students, which is always lit. I met a bunch of new people and they were all super cool and it was great to hear other people’s aspirations and goals. When I got back to the dorm I finally met my roommate, a girl I had already met at the mixer. We ended the night with a long adventure to get ice cream with some other fellows. It was. Fun first day and great to get to know people but I decided to have an early night before the early day the next morning!

We started the day at 5:30 to make our 6:30 bus to the Hall of Fame breakfast. It was a great networking experience being surrounded by so many successful people can be nerve wracking but I also knew I had to put myself out there and show my potential since I was given this opportunity.

After the Hall of Fame Ceremony, where we honored Dennis Swanson, a legendary TV executive (known best for discovering Oprah) and Phylis Eagle-Oldson, former CEO of the Emma Bowen Foundation, we headed back to NYU’s Kimmel Center for the Innovation of Media Day. There we talking to a lot of executives working in the technology of media. I learned a lot about building a career and honing in on discovering what you’re passionate about even though I’m not very interested in the technology field. After the sessions with the tech executives I got a chance to go out and enjoy NYC. Two of my suite mates and I met up with some other fellows and decided to hang out in Times Square for the night. It was a great time and it’s always fun to kick back and have fun occasionally. Work hard, play hard.

Wednesday was great. It was about the content of media. The day started with an amazing panel on journalism in the Trump Era the participants included Joy-Ann Reid, Paula Madison, Vivian Lee, Tiffany Zeno, Liz Gonzalez, and Emil Wilbekin. I learn so much during that panel about news and journalism and how this current presidency is affecting the media industry. After that we had a Q&A with Gayle King of CBS This Morning. Her energy and insight was so helpful and definitely stuck with me.  During lunch we had a panel with some EBF alumni about life after our time in the foundation. Being able to hear from people who were once in our shoes was amazing and I loved the knowledge they had to share. We got a quick break and Conference was across the street from Washington Square to we took a second to enjoy the weather and take some pictures.

Our last workshop of the day was about branding ourselves and after that it was time for power networking. The power networking session was amazing I got to talk to executives and recruiters with companies like HBO, Scripps, CBS and more. After we finished for the evening we were able to do some quick shopping again and then head to the Brooklyn Bridge after a quick change. The Brooklyn Bridge was amazing and I appreciate the Emma Bowen Foundation for connecting me with students of color who are so determined, open minded, and fun to be around.

Exploring with these guys was so fun (even though we got a little lost for a second at the end of the night).

It was the last day of the conference and it was amazing. We started the day with another alumni panel and this time the focus was the business of media. It was finally my department’s turn and I got to hear from some amazing people who had gone through the program. After that was yet another fantastic panel. Featuring executives with Hearst, HBO, Comcast, and Telemundo we discussed dealing with disappointment, success, and self care. Again such amazing experienced people of color were sharing their experiences with us and I am so grateful that got the chance to be in that room. After that panel one of the participants, Susan Davis, shared her story and her experiences as an Asian American woman in this country and she was so powerful and honest and I was touched deeply. After that we broke for lunch and we ended the day with the career fair (which I couldn’t attend) and table talks. The table talks were honestly great we were able to ask questions and just learn more from professionals and it was an opportunity to get some information on the industry from the perspective of someone closer to our age which is always great. I love that the participants of table talks were all alumni because they know what kind of position we were in. The day ended early because it was time for the boat party. I had to recycle my outfit because I literally had nothing else to wear. We went out on a yacht on the Hudson River to the Statue of Liberty.  There was food and music and lots of pictures and I’m glad that after a week of learning and networking we got the chance to celebrate our excellence and have some fun with each other. 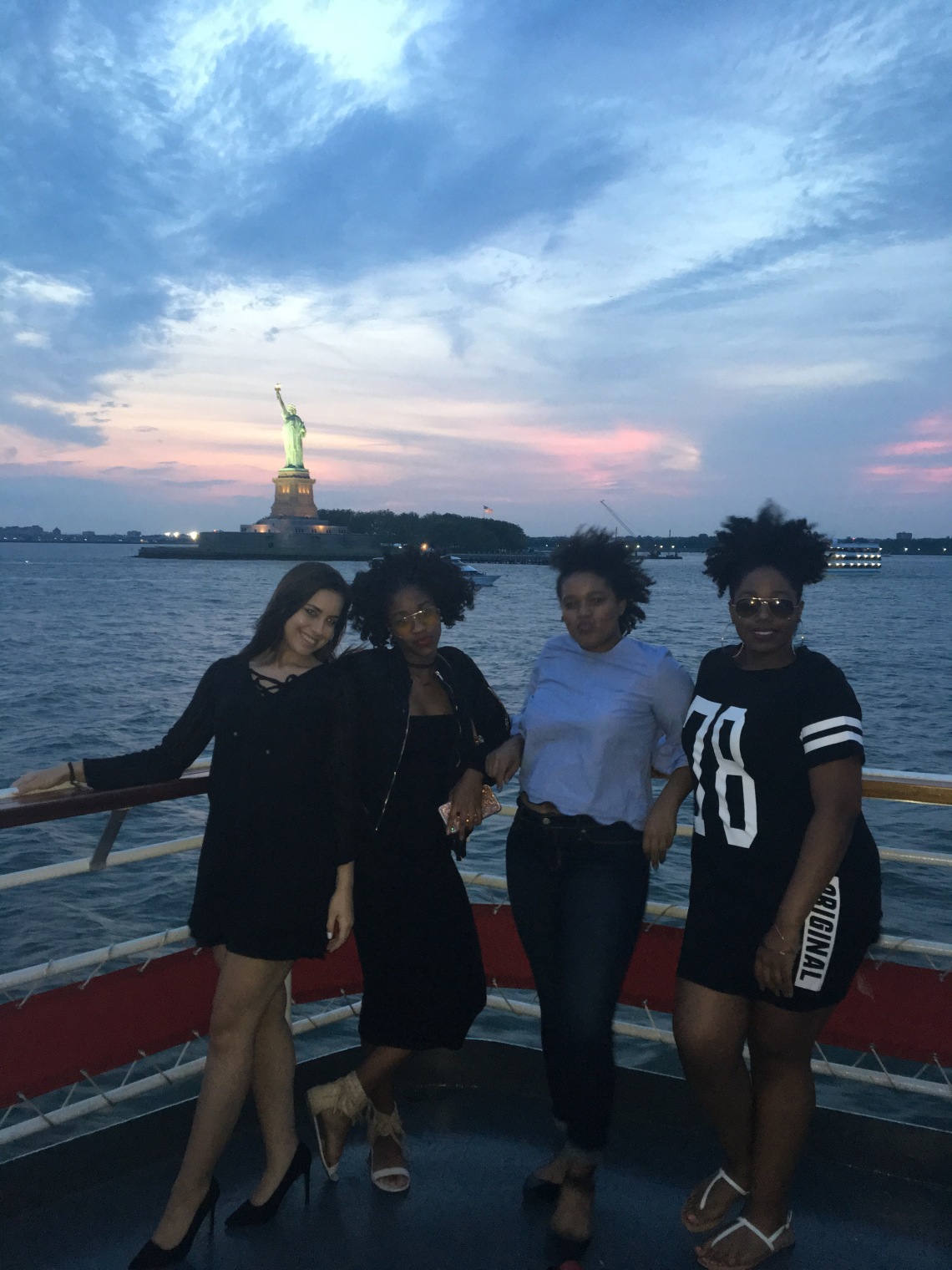 Conference was more amazing than I could have ever imagined. I truly believe I made some relationships both professional and personal that will last a long time and I recommend the Emma Bowen Foundation to anyone.

No Comments “My Week at the Emma Bowen Conference”

Because sometimes we must call on the Lord…

These are the hits people…

Hi guys, after a month of neglecting my favorite activity I’m back with seven easy ways to implement self-care, something I’ve been […]