I love memes, they’re hilarious and they can honestly make the darkest days a little brighter. Let’s reflect on what 2017 did best, and that’s comedy.

Because who doesn’t stan a chef this saucy?

“Oh no baby what is you doing” 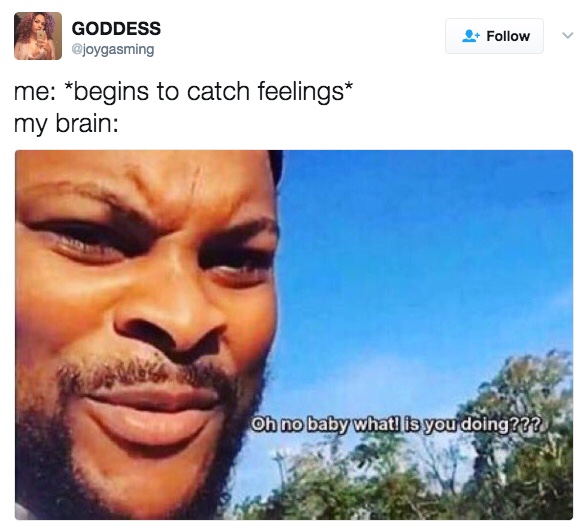 It just fits every situation so perfectly!

For the most unacceptable of situations.

For everyone who told their classmates I know you are but what am I?

When Pepsi released their Kendall Jenner ad I don’t think they expected this kind of response.

The floor is “lava”

A game that will make everyone in public look at you strangely!

It’s honestly me every time I hear “Bodak Yellow”

Victoria Justice “I think we all”

I was super confused when I saw these gifs for the first time but they are HILARIOUS.

Because sometimes you have to check someone.

“boyfriend looking at other girl”

This one came with a whole elaborate back story.

No one expected this story to turn out the way it did.

Who would’ve thought a cowboy hat was all it took to make a quality meme.

What were your favorite memes this year? Let me know in the comments!

Welcoming myself to the Dub Club…

Because the least we should have is fun music…

Did it slay my brows or nah…