I’m back with another awards show recap! Last night was the MTV Music Video Awards. I was extremely disappointed by the show this year but I tried to keep up with the show.

The show opened with Kendrick Lamar giving a great performance, it had energy, fire, and a strong performance. But, when does he not give a great show.

Next up was Ed Sheeran who performed Shape of You and in a confusing twist sang XO Tour Life (my song) with Lil Uzi. It was quite strange and I don’t know if it worked.

Taylor Swift’s music video for her new song “Look What You Made Me Do” premeried a lot sooner in the show than I expected. I personally hate the song. Which is surprising because despite my grievances with Swift as a person she’s been dropping hit after hit since Teardrops on My Guitar. The visuals were honestly amazing especially when she was standing a top all her former music video personas and the end when she basically just had all the “Taylors” voices their issues with each other. The cage scene was a little Miley Cyrus in Can’t Be Tamed. The dance sequence was absolutely terrible and should have never happened. But the concept was interesting.

Lorde didn’t sing, she did some form of interpretive dance to one of her songs. It’d be great to know why that happened, does anyone have an answer?

Asahd took the stage! DJ Khaled’s son is honestly the most important person in the industry right now.

Fifth Harmony took the stage as well. The best part of their performance was when they began with five people on stage and one “fell off” a petty, and beautiful representation Camila Cabello leaving the group months ago. After that the only good part of the performance was Normani’s split. All the girls struggled vocally. And outside of Normani it’s clear choreography is still not the group’s strong suit.

NORMANI'S SPLIT JUST ENTERED THE HALL OF FAME OF MOST ICONIC VMAS MOMENT OF ALL TIMES I SAID WHAT I SAID pic.twitter.com/V7rgKhnOmj

Pink was the Vanguard Award recipient this year! I’ve loved her since I was young and she did not disappoint at all. She rode on top of a car suspended in the air, served vocals, and even gave us a little choreography. The only thing missing was a performance of Lady Marmalde. Pink is a true performer and definitely reminded me (and hopefully everyone else) why she’s an icon.

Miley Cyrus’s performance was strange and forgettable. Honestly if she isn’t going to do Party in the USA or Nobody’s Perfect I personally won’t be interested.

Alessia Cara’s performance was simple, not much to write home about.

Logic did amazing. His speech after his performance touched my heart.

I honestly don’t remember much after that and I had an episode of Insecure to watch. I caught Katy Perry’s performance on Twitter after the show ended and I think I’m bored with her. The choreography and vocals aren’t there and I don’t find it new and inventive anymore it seems phoned in. Nikki looked great though!

As a host Katy wasn’t the worst though. There were some bits that went on too long which is more on the writers and producers than anything. But some of the bits that many people online thought were corny I thought just matched the same personality Katy’s had since the beginning of her career. 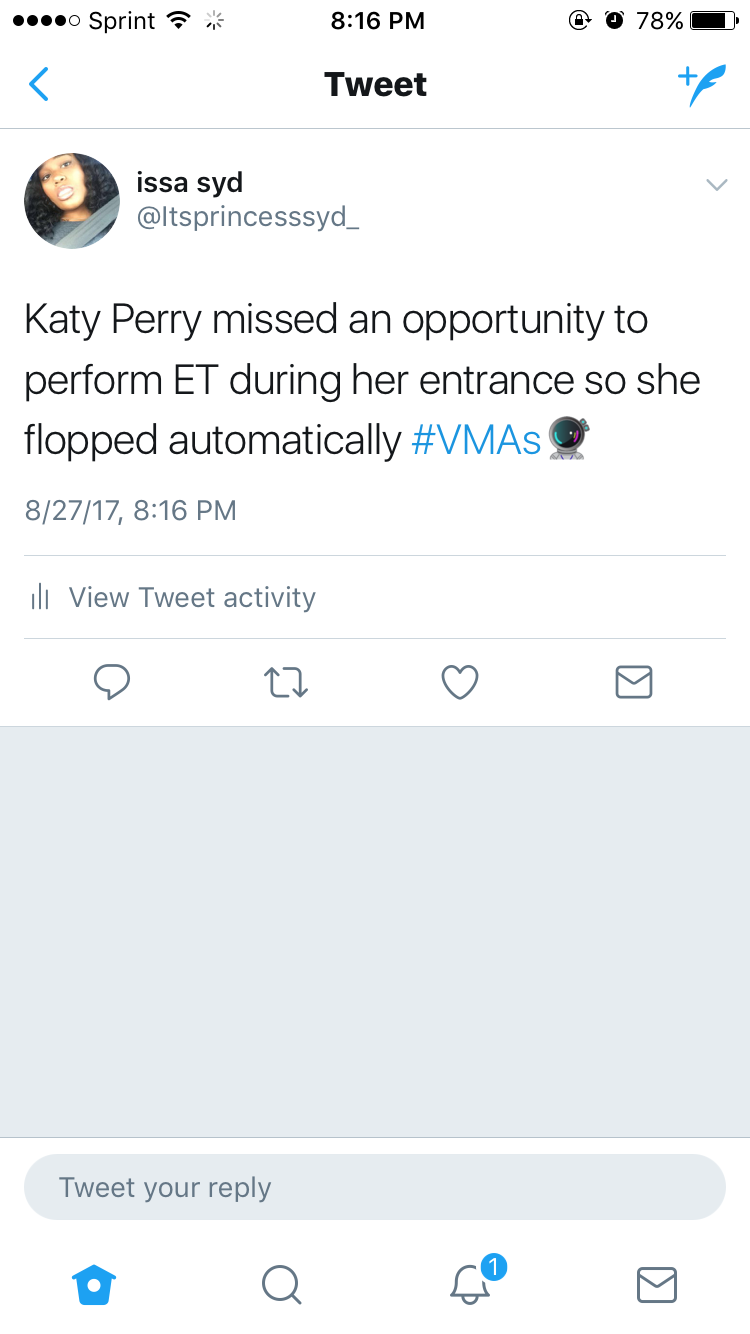 Wonderful lessons from a wonderful woman…

Welcoming myself to the Dub Club…

I can’t believe it’s the end of the month!

The final podcast episode of 2021! Can you believe it?